“If only we had an accurate forecast?” 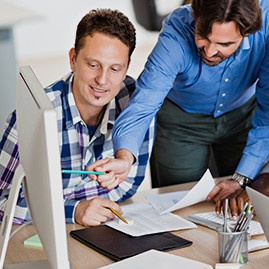 Yes indeed – a highly accurate forecast would make things a whole lot better. The only problem is the “IF.” You may be able to get close, but let’s not hold our breath waiting for the perfect forecast . . .

It seems as though people have been trying forever to develop predictive models that generate accurate forecasts. While progress has been made, getting a highly accurate forecast remains an elusive goal. No matter how accurate your forecast, there is one guarantee – it will be wrong to some degree. Dr. David Orrell, an Oxford scholar who has spent his career developing predictive models, said, “Techniques such as agent-based modeling, nonlinear dynamics or network theory can be used to simulate systems, visualize data and detect weaknesses or suggest improvements [but] . . . the aim is less to predict the future, than [to] prepare for it.”

What Orrell is getting at is that variability in forecasting will always exist and that companies need to learn how to deal with that reality. How to do that is the question.

Executive S&OP has contributed to solving this problem in a numbers of ways:

The CEO of a major corporation, who has been successfully using Executive S&OP for some time, put it this way, “ . . . before Executive S&OP, things were ad hoc and inconsistent. After implementation . . . there is a regular cycle of meetings where we agree on what the demand picture is, understand the potential variability, and determine how we are going to supply it. We no longer make disconnected individual decisions, but rather make decisions collectively, fully knowing the impact, risk, and consequence of the alternatives choices.”

Managing a business has never been more difficult than today due largely to the increasing levels of uncertainty. Fortunately, we now have the tools to better deal with that uncertainty and variability. We see more and more companies capitalizing on the effective use of Executive S&OP tools. We hope you are one of the fortunate and, if not, that you become one soon. Within six months, you can have the basics of a first-rate Executive S&OP process in place.

And remember what Dr. Orrell, the Oxford guy, said: “. . . the aim is less to predict the future, than [to] prepare for it.”

Related:  Demand Planning in Excel? When to Move to a Central System.